The Art of Ikebana

I was introduced to the art of Ikebana by designer Keiko Nakamura, who at that time was a student in her native Country of Japan. We later got married and had a beautiful son, Alexander.

In my Japanese travels I meet with Ikebana masters and further discovered the beauty of this ancient discipline.

I will never forget the gentleness of the Japanese people, the Fukuoka hot Springs, the temples of Kyoto, Sushi and lot's of Kirin Beer.

Japan, you are forever in my heart!

Many of my flower arrangement ideas are linked to this magical journey I took long ago. 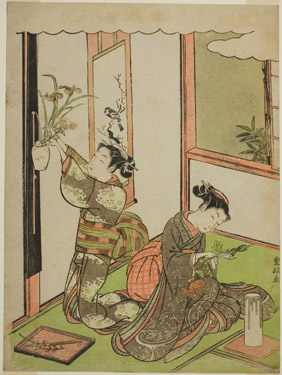 The spiritual aspect of Ikebana is considered very important to its practitioners.

Silence is a must during practices of the art-of-ikebana. It is a time to appreciate things in nature that people often overlook because of their busy lives. One becomes more patient and tolerant of differences, not only in nature, but also in general.

Ikebana can inspire one to identify with beauty in all art forms.

This is also the time when one feels closeness to nature which provides relaxation for the mind, body, and soul.

The school dates its beginnings from a priest of the Rokkakudo Temple,official name is Shiun-ji Purple Cloud Temple in Kyoto who was so skilled in flower arrangement that other priests sought him out for instruction.

As he lived by the side of a lake, for which the Japanese word is Ikenobo, the name Ikenobo became attached to the priests there who specialized in these altar arrangements.

The Rokkakudo temple was erected in 587 by Prince Shotoku (聖徳太子). It is said that Prince Shotoku was searching for materials to build the Shitenno Temple (四天王寺).

During his search, one day he went to bathe in a pond, where he hung a Buddhist amulet over a nearby tree. After his bath, he tried to remove the amulet, but he was unable to do so.

That same night, the Prince saw the Buddha in his dream. The Buddha instructed him to erect a temple near the pond at the cedar tree under a purple cloud. From that cedar wood Rokkakudo temple was built to house a Kannon (Quan-Yin) Goddess statue. 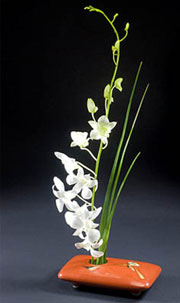 Patterns and styles evolved so that by the late 15th century, arrangements were common enough that they were appreciated by ordinary people, not just the imperial family and its retainers.

Ikebana in the beginning was very simple, constructed with a few stems of flowers and evergreen branches. This first form of Ikebana is called Kuge "供華".

Different styles of Ikebana changed in the late 15th century and were appreciated even by the common people. Ikebana transformed into an art form with fixed instructions.

Books were written and Sedensho is the oldest book covering years 1443 to 1536.

Ikebana became a major part of traditional festivals and occasional exhibitions were held.

The first styles were a tall upright central stem that had to be accompanied by two shorter stems.

During the Momoyama period in Japan, 1560-1600, splendid castles were constructed. Noblemen and royal retainers did large decorative Rikka floral arrangements for the castles.

The Rikka (standing flowers) style was developed as a Buddhist expression of beauty of nature. It includes seven branches representing hills, waterfalls, valleys, and other objects of nature arranged in a specific way.

When the tea ceremony emerged, another style was introduced. The style used for tea ceremony rooms was called Chabana. The Chabana style is the opposite of Momoyama style which emphasized on rustic simplicity. The simplicity of the Chabana helped create the Nageire or “thrown-in” style.

Nageire is a non-structured design which led to the development of the Seika or Shoka style. The style is characterized by a tight bundle of stems which form a triangular three-branched asymmetrical arrangement which was considered classic.

Seika or Shoka style consists of only three main branches, known as ten (heaven), chi (earth), and jin (man). It is a simple style which is designed to show the beauty and uniqueness of the plant itself.

Jiyuka: is a free creative design. It is not confined to flowers, every material can be used.

In the 20th century, with the advent of modernism, the three schools of Ikebana partially gave way to what is commonly known in Japan as Free Style.

Moribana (upright style)– it is considered as the most basic structure in Ikebana. Moribana literally means piled-up flowers, which are arranged in a shallow vase or suiban, compote, or basket.

Moribana (slanting style)- reversed arranging style that can also be used depending on the placement of the display or shapes of the branches.

Branches which look beautiful when slanted are mostly chosen for this arrangement. This style gives a softer impression than the upright style.

Nagaire (upright style)- arranged in a narrow-mouthed, tall container without using kenzan or needle point holders. This is a simple arrangement that can contain even just one flower which does not use frogs to hold the flower(s).

Nagaire (slanted style)- this arrangement presents a gentle touch and flexibility. It is ideal for Ikebana beginners.

Nagaire (cascading style)- this arrangement has the main stem hang lower than the rim of the vase. Choose a flexible material that will create beautiful lines balancing with flowers.

Ikebana in the present Japanese culture

Throughout the years, Ikebana remains as one of the most distinct art of the Japanese culture. It is shown on television, taught in schools, and admired daily. An example of a television show that involves Ikebana is called Seikei Bijin (Artificial Beauty). The story incorporates the importance of natural beauty.

What I love the most about the art of Ikebana, is the process upon which creativity flows through.

The contemplation of nature's beauty.

I hope you enjoyed learning about this ancient art.

If you are an Ikebana artist I would love to hear from you and share your work on my growing website.

Come back for updates.

Return from Art of Ikebana to Flower Arrangement Ideas 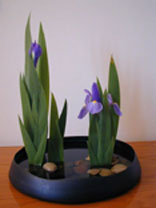 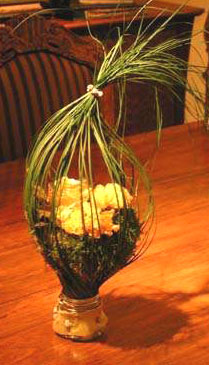 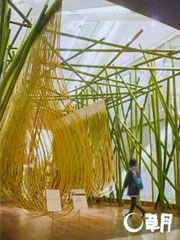 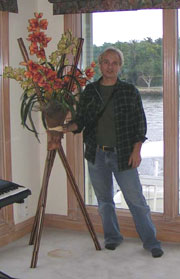 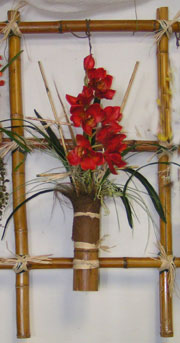 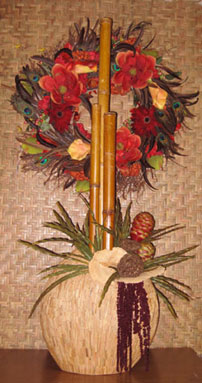